My name is Eric Jones, author of Peers Pencils & Pages and Editor In Chief at TGIM Digital Publishing. There are multiple pathways to living a full, rich, and meaningful life. As a recovery coach, I developed this Peer Recovery & Wellness Program and outfitted it with an easy 16-week course to help you create your OWN path.

THIS program WILL HELP YOU

BE THE BEST AND DO BETTER

Weekly email follow-ups to each lesson.

24/7 access to your encrypted online Mindfulness Journal. Use it to organize your thoughts or to simply get what's on the inside ...out.

Links to Recovery and Wellness Capitol to help you increase your overall quality of life.

WHY I DEVELOPED THIS PROGRAM

On November 8, 2015, I was transported from the Colin County Jail in McKinney, Texas to begin an 18-month intensive treatment program at the Johnston Unit. I had less than two years left to serve on a 10-year probation sentence, when I tested positive for THC.

I was a single father raising three of my four children and lived in St. Louis at the time. I was going through a divorce and it hurt so bad. I began to smoke marijuana after dinner in order to sleep. For a time, this worked for me. It was my little secret. I didn't think in a million years that smoking a little weed would cost me my children and my freedom. Well it did.

It was there at the Johnston Unit where I would discover a path to living the full, rich, and meaningful life that I wanted for myself. During a 1-on-1 with my counselor, she told me that TDC was funding peer training and that I should apply. I was a little reluctant at first, but I applied anyway.

Out of 168 applicants, I couldn't believe that I was one of the 16 selected to attend! I loved going to class. Everything I learned each week, I would use to help other men in my housing unit, but most importantly, I would apply it to my situation. When it was time for me to leave the yard and transition to a half-way house, I was ready. For the first time in my life I had a plan.

During my second week at the half-way house, I went to Texas ReEntry Services and requested space to offer a peer support group. After six weeks of negotiations, we signed an MOU and I began facilitating my peer support group on Saturdays. The fruit of my labor gave birth to Peers Pencils & Pages. I've been helping men and women create paths for living a full, rich, and meaningful life ever since.

My Personal Mission Statement is "To impact a million people during my lifetime." Creating this program puts me in position to do just that. 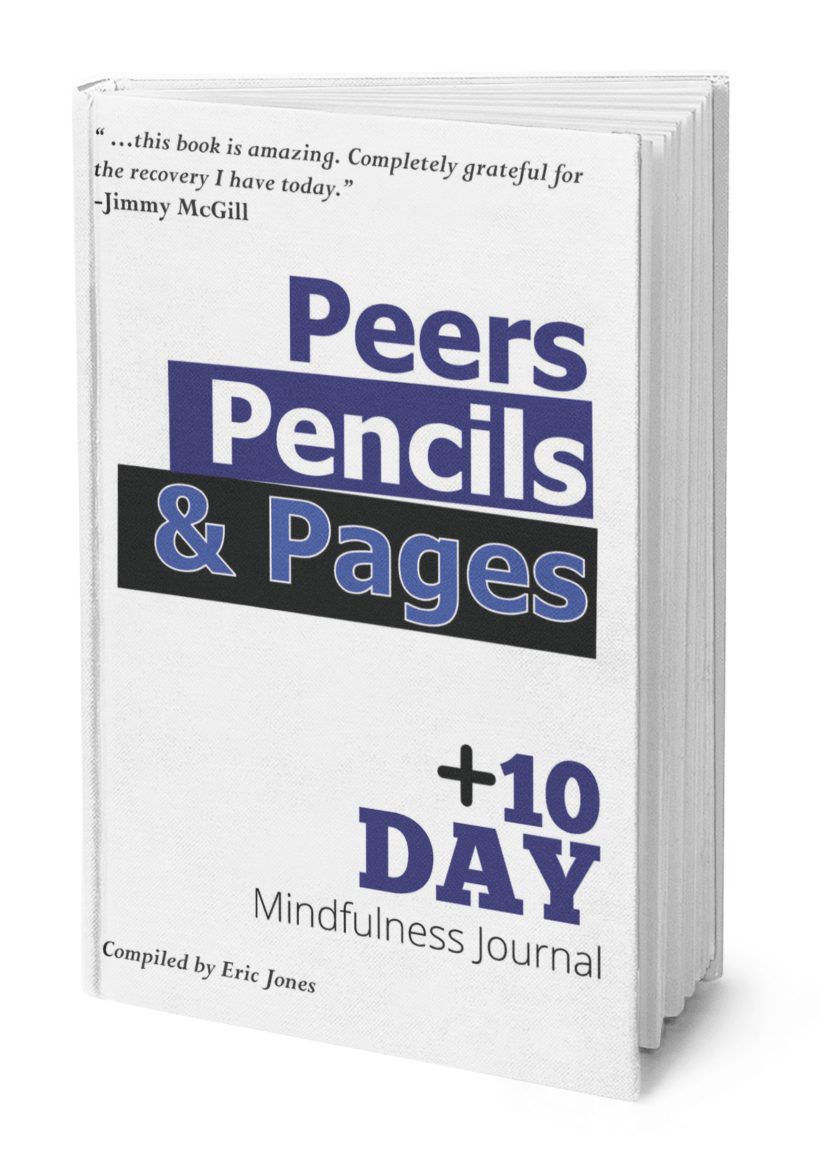 Sometimes, we need to be reminded that our past doesn’t define our future. Sometimes, we need someone who’ll just listen, or point us in the right direction for natural and community resources. Someone who’s been down the same hell hole as us …and made it out. Not only did I make it out, but my sincere desire to never go back led to the birth of Peers Pencils & Pages.

Peers Pencils & Pages empowered those willing to share their story to become a “credible messenger” helping to connect with a peer, connect the peer to recovery and so much more. No one gets through life unscathed. Experiences that cause sorrow, pain, rejection, loss, and fear touch us all. A happy, healthy, successful life isn’t the result of accidental circumstance; the thoughtful and deliberate use of available tools determine our ultimate outcomes.

The stories compiled in Peers Pencils & Pages has both encouraged and inspired readers impacted by incarceration and will change your life too if you’re ready. Most importantly, this book includes a Mindfulness Journal to help you begin the journey of taking good care of the most important person in your life: YOU.

DURING THE PROGRAM THERE ARE 3 THINGS TO FOCUS ON:

Good mental, physical and financial health are essential ingredients to living a full, rich, and meaningful life. This progam is designed to help you increase your overall quality of life in all three of these areas.

Mental health is #1 because this is what frees us from the stress, pain and challenges we face in daily life.

Physical health is #2 because all of the money in the world doesn’t matter if you are too sick to enjoy life.

Financial health is #3 because its how most of the world survives. Money problems can create some pretty big obstacles.

MY PERSONAL GUARANTEE TO YOU

My guarantee to you is that your Wellness Recovery Action Plan, when implemented, will make a difference in your life. I know when you take action, you’ll get results. That's why I'm offering a 30-Day Money Back Guarantee.

Working my own WRAP day in and day out for the last five years has enabled me to enjoy the full, rich, and meaningful life that I have today.

CLICK THE BUTTON BELOW TO BEGIN REGISTRATION NOW. YOU’LL BE GLAD YOU DID.

Eric was born and raised in Aubrey, Arkansas, and is a Gulf War veteran. After returning from Iraq, Eric settled down in Kansas City and started a family of his own.

Growing up, Eric was introduced to marijuana at an early age. He says, "My friends smoked it because it was fun to them, I smoked it to escape. For the first time, I had something to help me get through the things that happened to me." At 16-years-old, Eric tried crack cocaine and his life would never be the same.

Addiction seemed to follow Eric everywhere he went after returning from Iraq. He spent the next 26 years, doing life on an installment plan in jails and institutions. On October 5, 2005, Eric found it no longer necessary to smoke crack cocaine. In 2010, he founded TGIM Digital Publishing and launched its premier program: Writing for the Soul Workshop™.

Youth and young adults accessed the program in Africa, Asia, Australia and throughout the US until Eric retired the program on December 31, 2020. While offering the program, Eric was able to give away just over $2.8 million in books, food, workshops, cash, and school supplies. 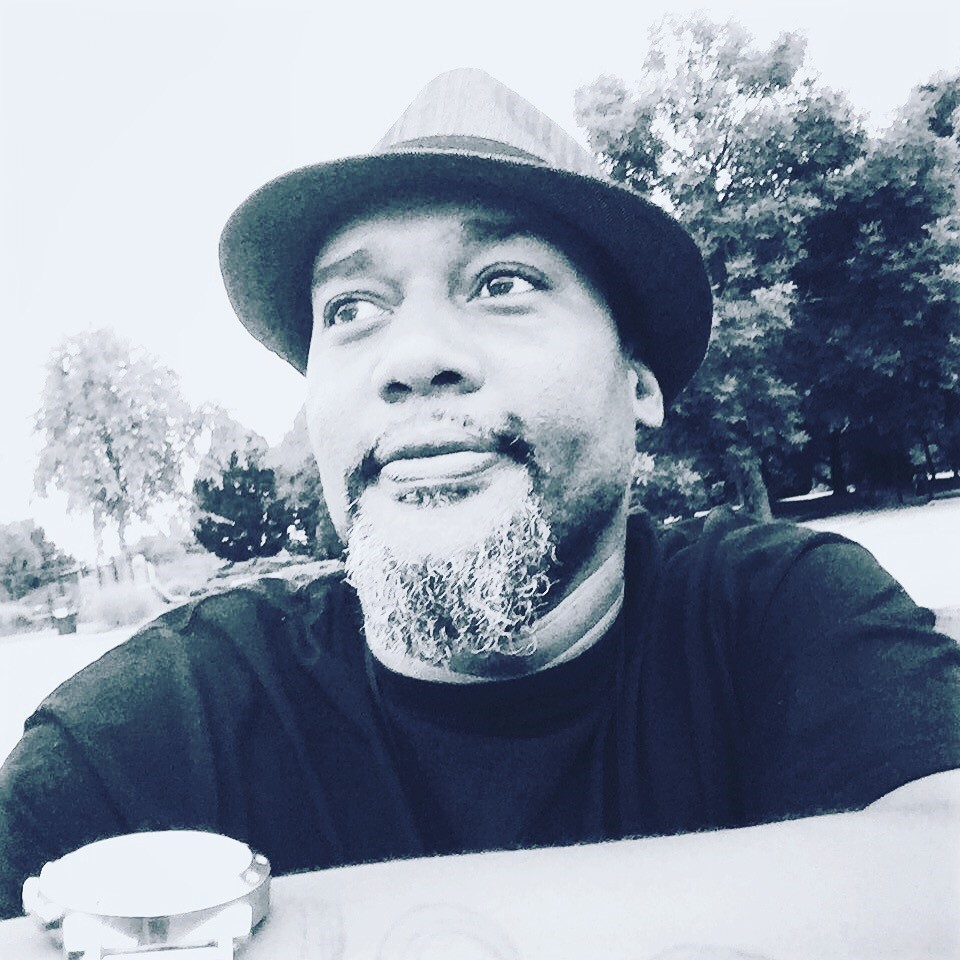